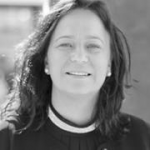 Barbara graduated from the College of Naturopathic Medicine in Dublin in 2006 with a diploma in Acupuncture, Traditional Chinese Medicine and Naturopathy. Barbara went on to qualify as a Chinese Medical Herbalist in 2008. Barbara is also a very experienced nurse and midwife for the past 28 years and works as a lactation consultant in the community for the past 13 years.

Barbara worked as a nurse in London in numerous gynaecology areas including IVF centres and completed the ENB 225 in gynaecology nursing studies in 1994 in Thames Valley University. Barbara went on to become a midwife as she wanted to be able to care for women who experienced fertility issues and then went on to have a healthy pregnancy and baby. Barbara has worked as a community midwife in both the UK and Ireland and has extensive experience in homebirths and waterbirths. Barbara has always had a great interest in complementary therapies as many women in her care would have used them.

Barbara went on to qualified as an acupuncturist (CNM 2006) and a Chinese Medical Herbalist (Dublin 2008) as she believes these therapies have shown through research to have positive outcomes if used when going through fertility and pregnancy issues. Barbara lectures in complementary therapies to health professionals and is researching the area of complementary therapies use in pregnancy and childbirth. Barbara also lectures in health promotion in women’s health and believes that by reviewing and enhancing your overall health it will have a positive effect on fertility and pregnancy. Barbara now runs her own private clinic on a part time basis with a special interest in fertility, pregnancy and women’s health issues. Barbara is also an International Board Certified Lactation Consultant since 2006 and works in private practice with special interest with getting breastfeeding off to a good start and using acupuncture and acupressure to enhance milk production.